The performance is based on the novel “I Called Him Tie” by an Austrian writer Milena Michiko Flašar. It tells a story of contemporary existence marked by the anxiety brought on by the lack of compassion and difficult human relationships.

A young man leaves the room - which he has inhabited for quite some time. He takes shelter on a park bench, where he engages in a conversation with a stranger. An older office worker, a Salary-man. The setting itself marks them as outsiders, unlike others of their kind who keep to their rooms or offices. Alongside their tentative, budding friendship, stories of what brought them there unfold. The experience that affection is nourishment, that sadness is veiled by a smile and that true friendship is possible gives them courage to take their leave and turn a new leaf. 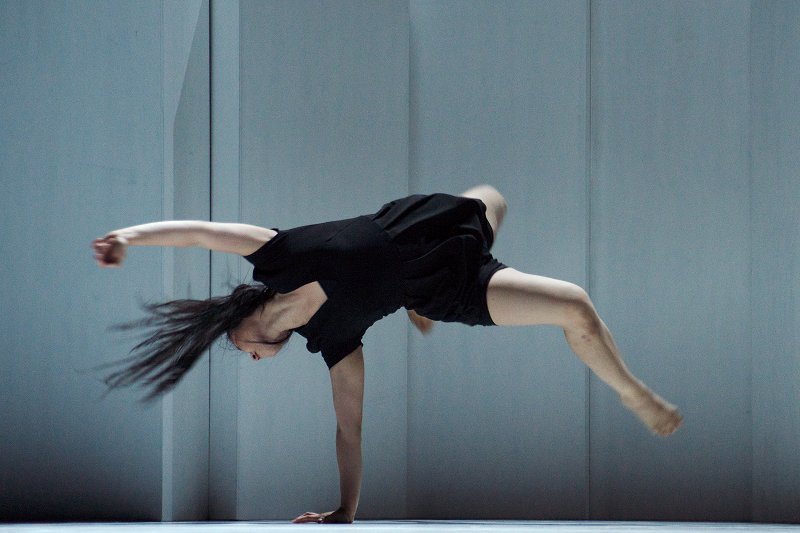 ... The choreographic flow, however, intensifies interestingly, from the mysterious beginning of the magical silence as it grows and solidifies in the sketch of personality states, all the way to the final well-conceived group dance. The group of dancers is followed as a well-tuned choir, seducing an optimistic conclusion and disappearing through the open door from a lonely room of intrigue and memories towards the outside light.

New energy written in the pulse of various dance steps and choreographic attractions.

The authors of the dance project, Nastja Bremec and Michal Rynia, are undoubtedly representatives of a new choreographic wave that seeks and designs a new movement language, including new dance content tailored to the new generation, which also enthusiastically accepted the performance.

Urban Tales is a dance performance that takes it’s inspiration in nowadays modern society life stories. Room with a View it is based on a life of a individual and his inner world while Tie it is concentrated on his social functioning. A thought of Ivan Cankar - a man must be alone in order to know others - in the urban society it makes difficulty to find its place.